This has been a terrible winter.

it seems like we’ve been sick at our house since December, without much of a break in between bouts it’s easy to be all like: “WHAT THE HELL!?” 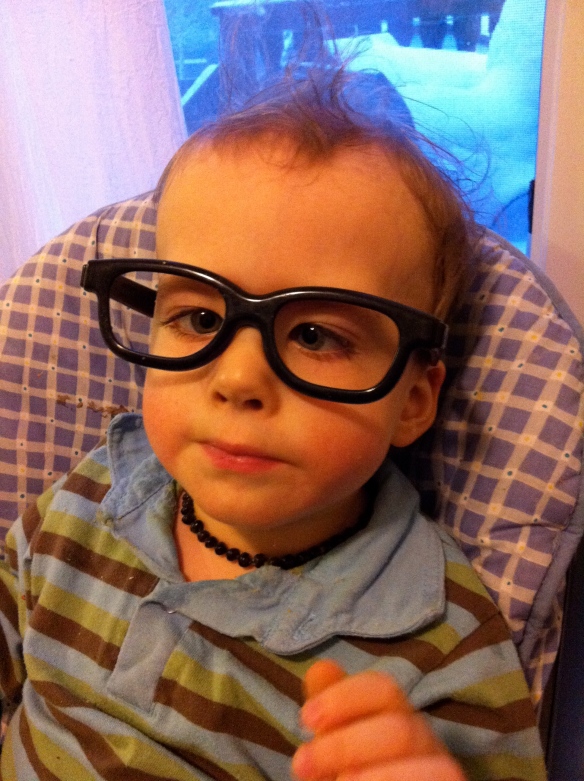 My little hipster Ozzie (these are play glasses)

I feel like i’m at the point where i can handle kids being sick better than before, and that’s really great.  What i’m not so good at handling is the stress that accompanies all those illnesses.  Since December Brad and i have taken turns calling in sick to watch the kids.  several times Brad has gone to work in the evening after i get home from work and then we don’t see much of each other.

Ozzie was scheduled for a bronchoscopy at the end of January, but it had to be rescheduled because Ozzie was too sick to proceed.  A Bronchoscopy is where they insert a camera into the lungs to look around.

Progress wise, it seems that ozzie has gone backwards – he was standing up regularly and even trying to walk… he took his first steps on New Year’s Day.  But now he has no interest in trying to stand or walk.

As far as speech goes, he is learning new signs and words every day.  He still will not make an “eee” sound, or an “ih” sound, instead he closes his mouth and makes those sounds at the back of his throat with his nasal passage.  I’m not sure when or if he’ll be able to create those sounds.  if it’s a physiological thing or not

with all these illnesses, we have not been to therapies since January…

i’m trying to take everything as it comes and not panic about things that i can’t control – like what will happen when it’s time for Ozzie to go to Preschool or Kindergarten.  I’m trying not to stress over things and stay in the present, but it’s a work in progress. 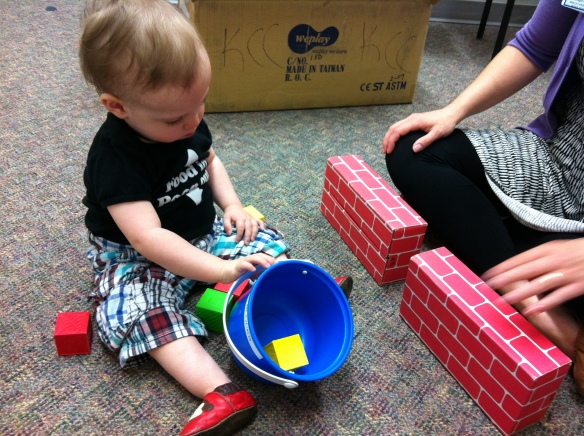 We’ve been going to Speech Therapy and as we hoped, Jenn was happy with Ozzie’s signing! Yay Ozzie!  It’s clear that Ozzie communicates through sounds and gestures and signs, the language part is not an issue.  So now we are focusing particularly on speech.

Oz has no problem with the sound Mah…  the one word he actually says is Mama.  So we’re working on B’s ans P’s, both of which i’ve heard him do – but now to get him to do them with purpose, more regularly.

Ozzie and Jenn are friends

We had an appointment today and our Physical Therapist joined us – and she is so happy with Ozzie’s motor skills! she doesn’t think he needs to see PT until September… (fingers crossed that he’ll be walking by then!)

Speaking of walking – he’s totally pulling himself up on furniture, the walls, the sliding door, he MUST stand all the time.  He’s walking with his push walkers, holding our hands – we’re starting to trying to get him to walk holding only one hand.  and the best part is that he’s starting to try to stand up in the middle of the room.  😀  i’m so proud of our little turkey.

Help us get to the 2014 Moebius Conference in Washington DC

We were so fortunate to attend the conference in Philadelphia last year, because of your generous donations. The experience was completely amazing and we learned so much and met so many wonderful people, it's important for our family to attend as often as we can. With your help, we'll make it to the 2014 conference in Washington, DC