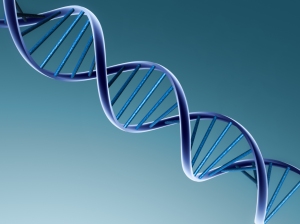 today was our follow up appointment with the Geneticist – we hadn’t seen them since our initial consult back in NICU.  Because geneticists look at all the family history type stuff, they asked that Brad come as well.

We had our family history taken (again) by a very nice genetic counselor who’s name i can’t remember right now.  We went through both sides of the family, describing any and all medical conditions or health problems, which – really – kinda seemed like a formality.

Moebius Syndrome is a spontaneous occurring syndrome.  Likely due to some damage to the cranial nerves, our geneticist told us, like perhaps lack of blood and oxygen at a critical time when those parts of the body were developing.

The odds of us having another baby with Moebius syndrome are about the same as they were Ozzie having Moebius. And the odds of Ozzie having a someday Moebius baby are not increased either, which really took a load off of my mind. “Think of it this way, with this syndrome there was damage to the nerves.  If he is in an accident and has his arm cut off, is he going to have children without right arms? No. Same with this.”

Another thing he really drove home was that there was nothing i could have done in my pregnancy to prevent this from happening.  i know, people keep saying that it wasn’t my fault, but when you are the one carrying and baking the baby… and you have TWO babies who are born premature, you start to question what the heck is wrong with you… and then you start second guessing everything you did while pregnant… did i take enough vitamins? did i do enough physical activity? did i do too much??

There was nothing i could have done.  it felt really good to hear this coming from the genetic level.

As far as his diagnosis, there is no ‘test’ to be done for Moebius Syndrome.  The diagnosis is a clinical diagnosis.  And today our geneticist said; i think we’ve found it.  He fits all the criterion and characteristics of Moebius. 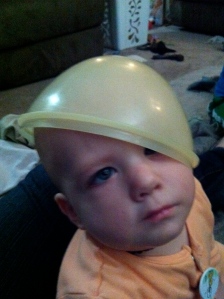 We still are waiting on his 1 year follow up MRI (Which will suck cuz they’ll have to put him under) to get a good look at the cranial nerves, but all the docs seem to be in agreement.  That Ozzie has Moebius Syndrome.  Which we knew, but – y’know, without a “Diagnosis”… there’s always room for what ifs.

For someone who reallllly doesn’t like to ‘not know’ things, this past year of the unknown has been challenging.  Ozzie and me, we’re growing together.